We are closing the third week of August. We got to see reports on US Election spends, an amazing campaign from Adidas and product features from Google and WhatsApp that took the week by storm. Following is our digital roundup for the week.

2016 US Election will do $1 billion in Digital Ad Spending

A lot is already moving for the upcoming 2016 elections in United States. Candidates are already tapping on their budgets, dividing it for each of print, TV and digital. According to a report from Borrell Associates, the total political ad spending for 2016 election season will cross the $1 billion mark for Digital.

This is almost 10% of the total, just below broadcast TV spending which is near $6 billion or 51% of the complete $16.5 billion in expected spends. Print advertising will stay at the third, with 7.5%, closing $848 million. Radio will take the bottom spot with 7.3% with $827 million. 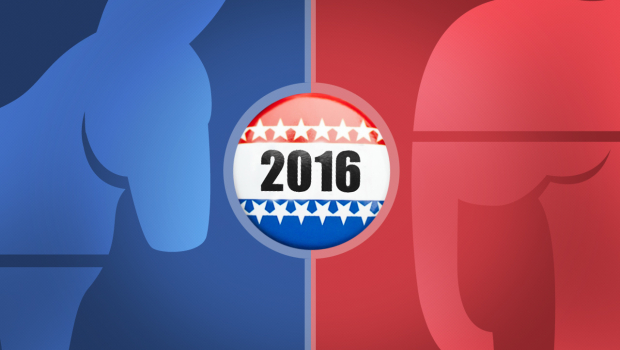 With elections being a major event in a country’s expenditure cycle, Digital is surely catching up to reach masses. For India’s recent elections, both central and state, we have witnessed campaigns on Digital performing well. We can expect more seriousness in terms of campaigning and spends, for elections to come in upcoming years.

An urge to young athletes – stop obsessing with Messi, this is what Adidas’s new video from 72andSunny is focusing on. The objective of this movie is to bring forward the new face and new talent.

To inspire creators to defy the norm of sports today, upcoming champions should be brought in front. The approach is a follow-up of 72andSunny’s initial offering for Adidas on brand’s Sports division, a 90-second anthem ad that featured Messi and a slew of other stars, called “Create Your Own Game.” The latest campaign “Unfollow” further explores the message that people should find their “own” path to greatness, rather than just following their idols.

WhatsApp Web has been available on Android for long now. This week, the company announced its support for WhatsApp Web on iOS as well. Rejoice, iPhone-ers. This native support for a missed out feature will spark a “sight” among iPhone users to expect other unsupported app features from companies, which serves them Android only so far. Brands are already working on different ways to get their functions running while, Apple sits closed with their boastful ecosystem.

Google Photos hops on the memory lane of micro-moments

Google has pushed in a feature which enables a user to resurface pictures and videos from the previous years to current date. This feature adds to the current trend of micro-moment sharing among users, by pushing back their old stories as a recap. Once the feature is enabled, cards will surface on the Assistant view of Google Photos, showcasing a collage of photos, places and people from the older times.

This feature has existed for years now with Timehop, which pulls content of same date of past from multiple social networks and even services like Dropbox. Facebook hopped in as well with their “years ago” segment in user timelines.

We are at the verge of August's last weekend and an end to the 2nd month of Q3. We got…