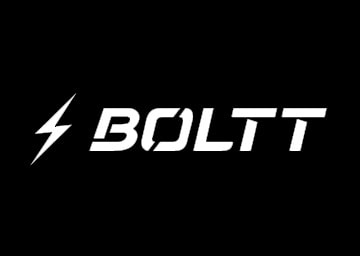 The doors to TechCrunch Disrupt SF 2016 opened on September 12 at Pier 48 in San Francisco. The three-day conference hosted over 5,000 attendees, with hundreds of thousands more tuning in online.

With a gamut of activities, start-up and tech companies alike gathered to showcase new ideas and products. The fraternity showcased innovative products with the potential to create disruption across global markets. In such a scenario, barely a year old start-up from India took the challenge to not only showcase at TechCrunch but also create a niche identity among the global audience.

Over a period of time, the wearable industry has seen high abandonment rates indicating the need for more compelling value propositions to drive greater adoption.The abandonment rate of smartwatches is 29 percent, and 30 percent for fitness trackers, because people do not find them useful, they get bored of them or they break, according to a survey by Gartner, Inc.

Against such a backdrop, the challenge lay in establishing the image of a startup brand having the potential to create a disruption with advanced AI enabled technology.

We set the ball rolling with an integrated campaign involving influencers and media across the globe. With our regular media mapping, interactions, relationship meetings, the founders were brought to the attention of international media, influencers and fitness community.

The objective of the integrated campaign was to highlight the unique offerings of Boltt. The campaign was designed to position Boltt as a ‘sports tech-brand’ that is developing next generation consumer-centric solutions for personal health & fitness.

We set out a plan to drive conversations around the AI ecosystem and how Boltt offers meaningful insights instead of data – chunks. The campaign was divided into three stages, namely the pre, during, post-event buzz.

Our strategies were aligned to reinforce the brand image of Boltt as company that offers more holistic, insightful and comprehensive fitness tracking mechanism.

ARM Worldwide with its methodological planning and state of art execution, was able to leave an indelible impression for Boltt.

Starting with pre-buzz, interactions were fixed from around the world, cutting geographies. During the event, on site interviews and product demo was arranged to drive conversations, mentions and showcase distinctive features to the enthusiasts at the event.

Post TechCrunch, content amplification across social media channels was carried out to drive further engagement. Across platforms the international media got engrossed in decoding the uniqueness of concept and products that Boltt had.

After exhibiting at Tech Disrupt, Boltt Wearables was soon the talk of the town!!

From industry leaders to new products and company launches, TechCrunch Disrupt had a plethora of activities. Boltt packed quite a punch.

With the Product demo in place, there were queues of zealous onlookers forming outside Boltt’s presentation area.

The highlight was when a highly-ranked member of IBM’s Watson team was impressed after looking at the implementation of the demo.

That was not all, with integrated efforts by ARM, the grapevine caught on Boltt’s story and spread it across platforms. With More than 400 coverages, a potential reach of 760 M + and PR value of more than 10 crores, Boltt was covered by the likes of YourStory, NDTV, Digit and Wareable!

#TeaforTrump campaign started its journey from India to create required noise across the globe. The core of digital campaign execution…