With December fast approaching, the end of the calendar year and winters very much here, please allow us if we go in a retrospective mood over the period of the next month. And while retrospection will remain the theme for December, as always, our focus will be on future and how to maximize 2016 for all its promise. Keeping the same in mind, it is imperative that we keep ourselves well informed of all the action as it unfolds in the digital space.

We do the same, via our weekly run through of all the big events or stories that conspired in the world of digital media and marketing. We keep the stories and their descriptions short and leave a link, in case you want to follow through. So, for the last time this November, let’s get started. Findings of the latest GWI or Global Web Index have revealed that Tumblr and Pinterest are the fastest growing Social Media Networks in the world currently. Tumblr saw its user base increase by at least 120% in the last six months, while Pinterest recorded a 111% growth, slotting in second. While Facebook, obviously has the largest user base, it only saw a growth of about 2% in its active user base during this period. In terms of overall user base, Tumblr falls as low as 8th spot, and Snapchat took the pole position with a growth of 58% user base as far as mobile apps go.

Apple Aims at major retargeting through data from App Store and iTunes with the help of AdRoll.

Apple and AdRoll have announced a strategic partnership that would see AdRoll provide its retargeting program to Apple which would be integrated to Apple’s advertising platform, iAd. iAd currently serves about 15-18 billion impressions every month, which in all honesty is not a huge figure, especially given some of the mobile advertising networks on Android. Yet the figure is of great value, given that iOS devices are pretty much the same over the world and the large app ecosystem, all of which will use iAd. Retargeting, whereby marketers will be able to attract an audience which may have visited their site once or liked a certain game over the web or sorts, would therefore, open opportunities for marketers to a larger and wide variety of demographic.

Cortana Pokes Fun at Siri in the latest Microsoft Ad, calling it dumb

It has become a become bit of a norm or a trend in the tech industry today to poke fun at the competitors and not shy away from calling them names. Samsung has done it on numerous occasions to Apple, we recently saw a couple of big automobile brands go literally, head to head. Next up we have Microsoft taking on the old enemy in Apple. In its latest ad for the Lumia 830, Microsoft took jibes at Siri as the Lumia 830 with Cortana, highlights the features that even the most revered Siri cannot perform, in fact called it, ‘dumb’. 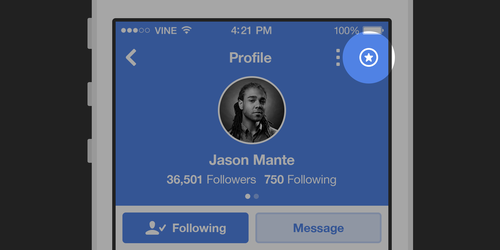 Vine has added a new feature to the application post its recent update, whereby you can favorite certain set of users, and every time they post something, you will be notified via a push notification. This way, you will not miss out on your favorite account, be it friends, a comic artist or even your favorite brands and what they may have to show you via Vine. The feature is a direct copy of the same sort of a thing we have seen on Twitter, where you can favorite your Twitter users to be notified in real-time. Looks like Twitter is not taking long in bringing the best of the tweet world to the Vine world now. As Twitter continues to grow its earning via ads and other promotional content, it is also looking to serve an experience that is a bit more personalized than showing everyone the same cookie. In order to do that, Twitter has announced that it would now scan through your devices and collect data of the apps you have installed in order to serve you a more personalized experience not only for types of ads or promoted content you see, but also the kind of users you would like to follow. Twitter has made clear that it would not be intercepting any data call within the application and will only read the list of apps on your phone and nothing beyond, though users do have the option of turning this feature off. More on this here. Go Pro is set to move on just from the camera market to possibly producing commercial drones starting next year. While GoPro is not the first brand to be thinking of doing this, given the market demand for commercial drones for various activities, it is perhaps the highest profile brand to enter the market. The commercial drones will be priced between $500 and $1000 and will feature multicolored rotors and pipe assemblies which will see Go Pros mounted on them. While several drones today sport Go Pro cams, these coming from the company itself will open a totally new market and definitely a move that competitors will be keeping a close eye on. No ETA dates for the same are known yet.

Often in our resource share, we share either a talk or a SlideShare presentation or even infographics. However, in what is a first, we could not help but share this immensely interesting campaign called MakeTodayMatter by TD. The campaign revolves around 24 stories, executed in 24 hours, which bring a positive small change in the community. A microsite was set up right here to showcase them all. An interesting Youtube compilation of the same was made too, which we have embedded above. You must definitely look at the campaign if you too have plans to do something whereby you need to capture the emotional sentiments of the community and show the softer side of things for greater engagement.

With that, we wrap up the last Digital Roundup of November. We shall be back in December, and till then, make sure you are following us on our Social Media profiles for all the latest happenings at #ARM Worldwide and the digital world, in general.

It has been three months since we invited you here, and we know we have been missed a fair bit…