As the winter knocks on the door and mercury dips in Delhi, the number of coffee mugs, while getting bigger are also making a more frequent appearance in our office cubicles. The afternoon walks for lunch in the soothing sun are longer, and typing speed is a fair few notches below than normal, at least in the early hours of the morning and late evenings. Despite the minor discomfort, winters are usually a lot more fun in the office and the work goes on as scheduled.

And since work must go on as usual, we are here, on yet another Friday, with a rollback, or let’s say, highlight reel of the action that transpired in the world of digital marketing, media and entertainment. So, without wasting much time lets jump into the stories, and like always we would promise to keep the stories short and add in links where you can follow up for more, in case you are interested, wherever applicable. Given the enormous population on Facebook, it has always been a fantastic platform to start off a movement or a drive which aims at spreading awareness. We have seen Facebook come up with interesting features around the elections, festivities and new year in the past, and now has joined the fight against Ebola. After Mark Zuckerberg donated $25 million to help fight Ebola, the platform too would be actively used to fight the deadly disease. There will be a donation notification before your newsfeed, starting next week using which you can donate a sum to one of the three organizations working in Africa against Ebola. There will also be awareness raising messages from UNICEF to the news feed of users in West Africa. Other than these two, Facebook will also be donating mobile terminals for the remote areas where data and voice connections is an issue. The move definitely outlines how big a concern Ebola is and heartening to see the digital pioneer playing its part. 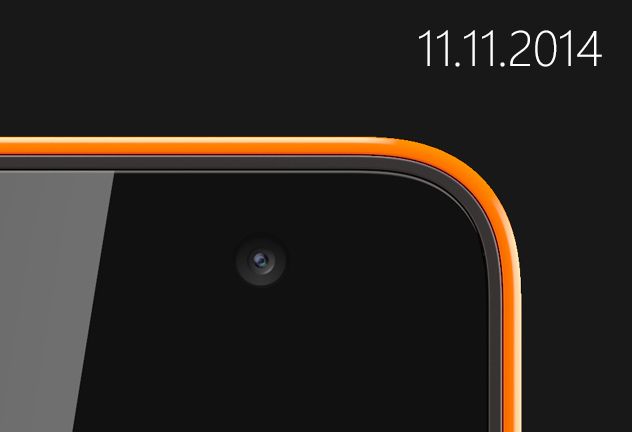 Microsoft will release the first Windows Phone Lumia device without the Nokia moniker on November 11th. The device is expected to be a mid-range or a low budget smartphone, and the invitation has gone online. Not a lot is known about the device, though we are sure that one of the color options will be orange, seeing the creative. It is expected that the device would be available just in time for the holidays shopping. The popular online dating application, Tinder has finally brought a couple of premium services as in-app purchases. The Undo button helps you go back and change your choice in case you by mistake rejected someone, whom you actually may have liked. Instead of letting you regret that, the app will now allow you to undo the move. The passport service will allow you to teleport yourself to a location you may be traveling to so that you have some company lined up when you get there. It is debatable if both the features are worth spending money on, but if you are into that sort of thing, you can definitely take advantage.

Social Media has been populated with the messages as well as a donation amassing to almost 40,000 Pounds to help find Jasper, a border collie. The dog owned by Adam Nolan was lost in the mountain peaks of Lake District in England. The news of the dog’s rescue was a great relief for everyone on Social Media as the Wasdale Mountain Rescue Team helped the dog unite with his owner. Adam also took the opportunity to post the picture of him and Jasper on Facebook, to the relief of dog lovers across the world. One of the bad things about being an early mover to an OS update is that if the update is not fully stable, or has major bugs, you are left with a half functioning machine cursing your luck for jumping on the update. Google is working on a solution for the same which will allow users to reverse OS updates, in case the update brings features you do not like and want to go back. The feature was spotted by a developer. The way this would work is, ” To access the feature, open the Chrome OS Settings, scroll to the bottom, click on the “Powerwash” button, and then on the reset screen simultaneously press Ctrl + Shift + Alt + R.”

John Lewis won the internet with this incredible Christmas Ad

Christmas is more than a month away, yet the preparations for the same, as well as the planning for the media campaigns around it has started. The very first blockbuster Christmas advertisement comes from John Lewis, the famous retailer in the UK. John Lewis has produced some very refreshing and interesting Christmas ads every year beginning in 2007, the one this year though, surpasses them all. The ad is about a Penguin called Monty and his friendship with little boy Sam and has a lovely emotional connect that is worth watching.

Resource Share of the Week: What’s advertising all about for Steve Jobs

We all have our own take on advertising and as a digital media consultancy company, we obviously have our own ways and definitions, yet I remember reading a saying which went like, ‘When a truly great soul speaks, the lesser mortal ones, should just listen’. For all the success Apple has in the world of technology, they are a pioneer in subtle marketing and breathtaking content. So what did the Apple Chief, the poster-man himself, Steve Jobs think of advertising and what gave birth to some of the most famous lines in the world? Here is his take in a rare video clip, you may want to use headphones as the audio is not great, but subtitles are there to help, do watch:

With that, we call it curtains for this week’s roundup and promise to return next week. Make sure you follow us on our Social Media profiles for updates and the latest from the ever evolving world of digital. Till then, stay safe.

It is always a challenging week when you are back to work after a vacation thanks to the festivities, and…