It has been a good two weeks since our last update and while its easy to blame the festivities and crazy work schedule, lets just say we were waiting for you to miss us. A lot has happened in these 14 days or so. We visited GMIC, Bangalore to participate in the Mobile Conference, enjoyed a long set of festivities and came back to execute one of the most unique paid media campaigns where we took over the brand name of one of the leading news websites of India and morphed the same with the name of our client, hence The Times of India became, The Times of Gionee, and we celebrated yet another milestone. We are sure, you must have noticed it, if you haven’t here it is, courtesy of Nikhil Chawla:

Snapchat Ads are coming and soon Ask any tech savvy kid between the age of 12 and 21 what his favorite top five applications are, chances are 90% of them will have Snapchat featuring there. The user base of Snapchat has seen a monumental growth in the past year or so, and hence it makes sense for them to think about the next big step which is monetizing the app. Snapchat CEO Evan Spiegel confirmed the news at the Vanity Fair New Establishment Summit in San Francisco by saying, “People are going to see the first ads on Snapchat soon. We’re cutting through the new technology around ads to the core of it, which is telling a story.” He also confirmed that ads will run on stories and not on personal messages, and users will be able to skip them. 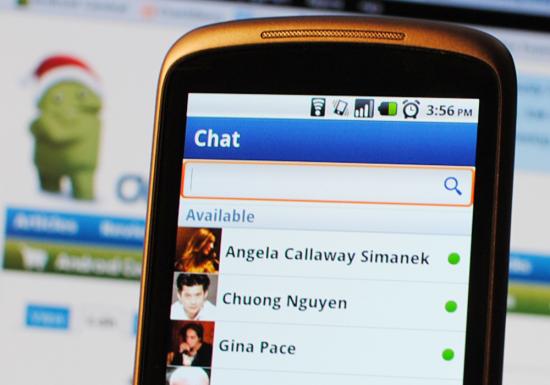 New York Times has reported that Facebook is working on an anonymous chat application. It has been well documented that Facebook has been propagating the idea of standalone apps recently therefore giving birth to the likes of HyperLapse, Messenger App etc. Joining them will be a chat service, very similar to the likes of Secret or Whisper where you will be able to chat or share things without your identity being revealed. It would allow you to be totally anonymous and hence a bit more free when conversing. Facebook’s Chief Product Officer said:

“The spirit of our policy is that everyone on Facebook uses the authentic name they use in real life. We believe this is the right policy for Facebook for two reasons. First, it’s part of what made Facebook special in the first place, by differentiating the service from the rest of the Internet where pseudonymity, anonymity, or often random names were the social norm. Second, it’s the primary mechanism we have to protect millions of people every day, all around the world, from real harm.”

We have all participated in polls. However, with twitter not really doing polls and Facebook pulling them away, there was no real possible way to conduct polls on Social Media. In order to bring users onboard, Google Plus has gradually been adding features and polling is one of them. You can now create a poll while composing a post and those who have the access to the post will be able to respond to you without an issue. In the coming days, Google Plus on Android and iOS applications too will receive the feature.

Transport for London has introduced a new campaign which encourages users to take selfies once they have reached home safely and post them online with hashtag, #homesafeselfie. As an initiative to educate people and warn them against taking unregistered cab given the high crime rate, TfL created a story board in the form of images of girls partying and then having their safety compromised on art work. The campaign certainly has a nice feel and thought behind it and no doubt is doing its bit in keeping women of London safe. You can read more about the innovative campaign here.

LinkedIn brings Slideshare as a standalone app on iOS

Just like Facebook, LinkedIn has been a big propagator of the mobile revolution and the demand for standalone apps. This is why, LinkedIn has decided to bring a standalone app for Slideshare on iOS so that people can easily browse through millions of shared presentations, directly on their mobile device. Slideshare application is completely built on Swift and creates a personalised feed of presentations, infographics etc based on what is trending and what you have subscribed too. An Android version of the same is already out while an iPad version is in works too.

Resource Share of the Week: Mark Zuckerberg’s talk at the Internet.org summit in India

Mark Zuckerberg, the founder of Facebook is in India in order to attend the Internet.org summit as well as meet the Prime Minister of India. Few of the key members of the press were invited to listen to the man himself, yet if you were not one of them lucky ones, the speech was uploaded by Mark on his Facebook account. You can find it above.

With that we wrap up all that we had to share for this week, we will be back on the coming Friday once again. In the mean time, make sure you are following us across our Social Media channels to keep up with all that’s blooming in the world of #ARM Worldwide.

There are times when we need to stand up and be counted as a team. And no, not for a…

Its the final friday before the festivities kick in and needless to say we are super excited. As you are…