With the penetration of the Internet at an all time high, MTS wanted to create a tremendous wave of excitement around its latest offering, 3G Plus Network. To facilitate this and to build a strong bondage between the brand and its consumers, MTS created a video with potential to go viral featuring a new born baby who, right from his birth is addicted to the internet. The video traces how the young one is able to log on to the internet easily, cut his umbilical chord himself by following the instructions, stream his birth and walks away following GMaps. The video makes a deep emotional impact while stressing upon the need for fast Internet connection.

To target the young (18-25 year old) tier-1 audience, pan India educating them about the latest 3G Plus Network from MTS and leave them with a stupefying experience cultivating brand delight. To achieve it, we had to creatively drive traffic to the 1:00 minute long ad hosted on YouTube in order to take the video viral and kick start the chatter around the whole MTS experience.

In order to drive traffic to the destined landing page here, as one of the leading consultants of digital marketing in India, we identified the best performing portals, both in terms of number of eyeballs they attracted and the content they served. After a thorough investigation of their ranks and market position, we decided to crack deals in order to place rich media content including video rolls, eye catchy creatives, persistent branded banners etc. on the most popular pages.

These creatives were designed tastefully, and were tailor made for the various sizes across the portals that we had selected. A strong click to action message appeared on all the rich media content, which instigated a curiosity and prompted the users to click on them leading them to the landing page.

The details of the portals and their performances were as follows: We took over the homepage of Yahoo India for two complete days. Various banner sizes, including 300×250, 728×90 creatives with a strong brand message as well as an integrated hashtag were used. We made sure to use hashtag #MTSInternetBaby in all the bigger creatives, to ensure a continuity of communication from the Social Media profiles of MTS where the hashtag was universally being used to connect the communication around the video. In our two day take over, we received over 81,30,674 impressions with 12,924 clicks. Similar to Yahoo, we took over the video banner on the homepage of MSN for two days during the campaign. The video banner performed exceedingly well, earning more than 1,65,74,549 impressions with 30,021 clicks at a CTR of .2%. With cricket being regarded as the biggest religion in India, it was only logical to pick ESPN Cricinfo, which has long been one of the most popular weskits for cricket enthusiasts. With the World T20 going on, inventories on ESPN Cricinfo performed fabulously well. Several inventories, including ad banners on homepage, series home, Live score page, story pages as well as match point videos were used to produce more than 3,05,44,607 impressions.

Facebook and LinkedIn were the chief Social media networks we used to create relevant buzz around the #MTSInternetBaby. On Facebook, we used target block to reach our audience of 18-24 year olds across India, both on Mobile and Desktop in three days for a massive impact. Overall more than 77,06,798 impressions were generated on Facebook with 1,90,881 clicks leading to the home page. A CTR of 2.48% was achieved, which is almost twice than the industry standard. We used LinkedIn for a more sustained impact, using tower and Lrec rich display banners and running them for one month, targeting those who were within MTS circle.

The leading music streaming service of India, Saavn was completely taken over for duration of 10 days. Rich ad unit including video, audio, static banner as well as gif banner was used across the service, including within the load screen, featured playlist as well as between the stipulated song count. We targeted the audience pan India and were able to generate 2,12,72,719 impressions from the activity. Being the single largest host to videos online and the second most visited website in the world, we had to use Youtube as well as we could to generate momentum. A first watch in video campaign was run for first two days for an instant impact. Post that, we ran roadblocks on the masthead for a couple of days for major impact. During the activity, for a sustained performance, we ran inline pre-roll true views targeting those within the MTS circle. 37,65,679 views were generated from true view alone making it a massive hit. 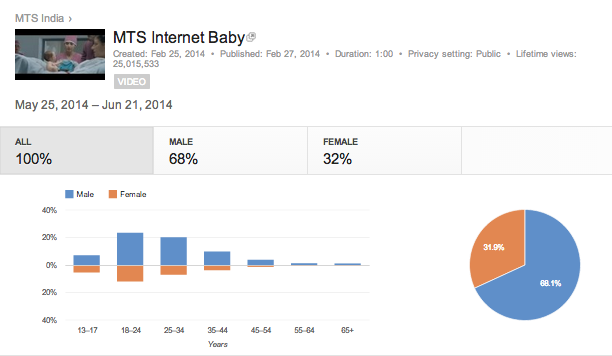 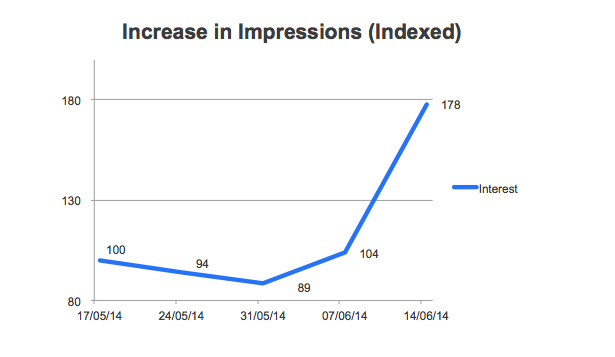 The case study was also featured in the select case studies of Google:

Panasonic launched their EcoNavi line of Air Conditioners, which promise to optimize the performance of appliances while greatly reducing electricity…