Curated, Selected and Handpicked: The Best of #IceBucketChallenge - #ARM Worldwide 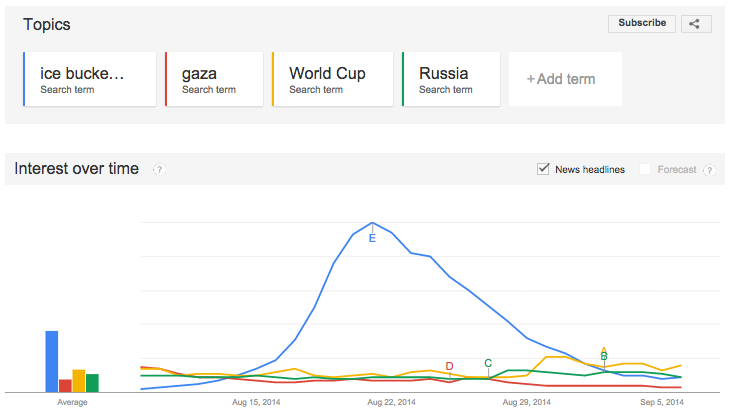 Unless you have been living under a cave with absolutely no internet connectivity or people to talk to in the past month or so, there is absolutely no way you do not know what #IceBucketChallenge is all about. You may have noticed that we continue to address the ice bucket challenge as #IceBucketChallenge and the reason for that is, it is the hashtag that has become the phenomena rather than the challenge itself. We have all ended up soaking wet in our lives more than once, be it playing football in rain, going water dancing or simply pipe showering on a sunday while we shine our dear vehicles. So why did throwing a cold bucket of ice water become such an internet sensation? Origin of the #IceBucketChallenge 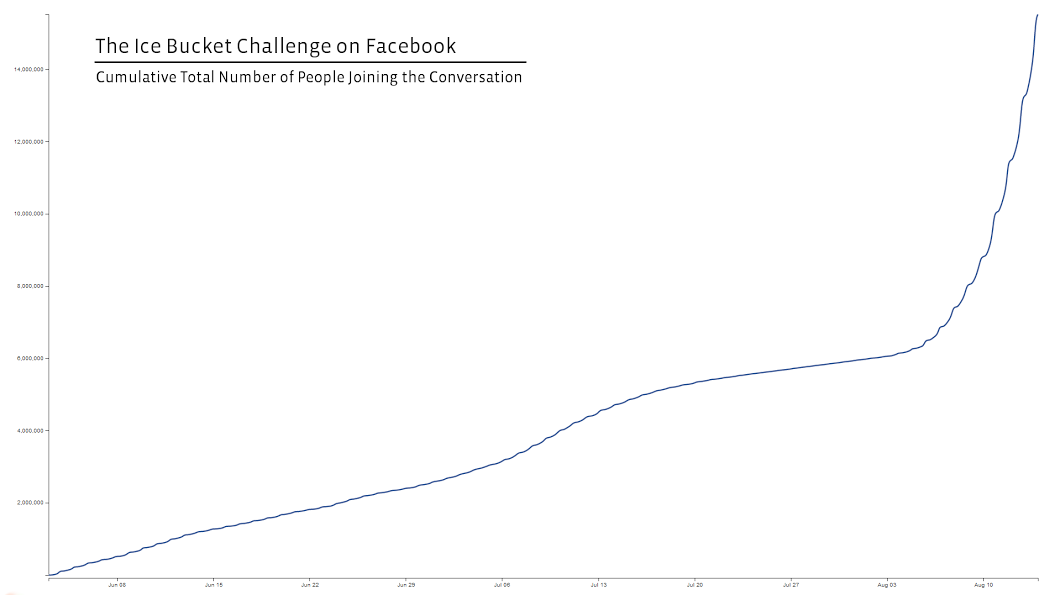 #IceBucketChallenge finds its origins back in 2013 in the form of Cold Water Challenge which was taken by people in parts of Northern America. Unlike emptying a bucket of water on your head, you had to either make a donation or jump into cold water. It was in late June, early July 2014 when personalities of the Morning Drive, a show on Golf Channel in the US, witnessed the very first #IceBucketChallenge which saw the donation made for ALS. What followed was truly remarkable self driven organic campaign that spread like fire, thanks to the enormous power of social media and WOM.

Rules of the game The rules of #IceBucketChallenge are fairly simple. You take the challenge within 24 hours of being challenged by somebody who has already taken the challenge. You are to record a video, where then you have to accept the challenge, pour ice into the bucket with water and dump the contents on your head. Once you do that, you can challenge up to three other people who have to perform the activity before a camera. In case you are allergic to water, you are to donate a sum of $100 to ALS which would then use the sum in further expanding the research, finding the cure for ALS or Lou Gehrig’s Disease. ALS is a neurodegenerative disease and reportedly 30,000 American are already suffering from it. Stephen Hawkings, the famous physicist who is completely paralysed, was diagnosed with ALS at the age of 21 and has come out in support of the challenge urging people to donate for the research. You can take up the challenge and still make the donation too. The minimum donation sum is $5.

Some of the best #IceBucketChallenge (s) taken yet

The most interesting part of the #IceBucketChallenge once through the serious cause awareness is the challenge itself of dumping ice cold water. Here is a selection of some of the most interesting ones so far, cherry picked, just for you.

Plenty of design work and physics went on behind the scenes, shown in the video as Bill Gates took up the #IceBucketChallenge. If only the design and product team were so meticulous as the man himself.

The Facebook chief was not to be left behind as he took up the challenge. Plain and simple. Very much characteristics that you associate with Mark.

How could the pop diva Shakira and her footballer boyfriend, Gerrard Pique be left behind. We hope you turned the volume of your speakers down, cause there is some serious screaming going on there.

The WWE superstar literally took a plunge into the ice cold water for ALS. Well, if you are a wrestler, maybe your body is used to taking up such challenges without blinking an eyelid.

This is perhaps, the best planned out ALS #IceBucketChallenge out there. You are treated to some stunning visuals and great camerawork.

We have seen plenty of individual challenges, but here is one with the whole NY Jets American Football Team taking the challenge with the help of a fire truck hose.

There is no denying the fact that Jeff is perhaps the most charismatic CEO today. The Amazon man, took up the challenge with a typical Bezos humor even hinting at nominating Kim Jong-Un.

We have all seen Tim in an immaculately ironed shirt and a pair of jeans. Here is the Apple CEO drenching himself in cold ice water, all just for ALS.

Lawyer turned tech reporter, the Managing Editor of the Verge, Nilay Patel took the challenge. A well thought out execution by The Verge team

Looks like the Wall Street Journal Columnist did not want to take the challenge at all, what followed was predictable.

She may be a pop star and her husband may be the most recognised footballer of his generation, but that did not stop Wayne from dumping not just the water and ice but the bucket itself on her head.

So what if you are just the ex President of America? You take the challenge and full marks to the lady towards the end.

Another example of a well thought out challenge, terrific slo-mo usage capturing the multitude of expressions.

Fondly called the Joker and always up for a laugh or a challenge, the #IceBucketChallenge was done by Novak in typical Novak Djokovic style.

The animated character, Kermit the Frog was not spared either.

The water resistant Samsung Galaxy S5 took the challenge and subtly showed off its USP. Some good thinking there by the folks from Samsung UK.

Our favorite #IceBucketChallenge was by Patrick Stewart. The challenge was as classy as the man himself, and not a drop of water was wasted.

The #IceBucketChallenge due to its popularity and virality not just raised awareness for ALS, it generally provoked people to get involved with charities and donate for a purpose. This is a reason why the campaign was also a breeding ground for several campaigns that looked up to it in order to emulate the immaculate success.

Keeping in line with the line that ‘Charity begins at Home’, Manju Latha, a Hyderabad based journalist started with the initiative of #RiceBucketChallenge where the aim was to conserve water and donate a bucket of rice to the poor, feeding the hungry and those in need. If you do not have rice bucket to give away, you can also donate medicines of up to Rs 1001 to the nearest government hospital. While the campaign may not have hit the charts of popularity that the #IceBucketChallenge enjoyed, the #RiceBucketChallenge has become popular enough on the internets of the Indians, prompting some of the major brands such as Radikal Rice to go ahead and participate in it and donate.

A local bakery in California started the Bake a Difference challenge whereby they would bake 100 cookies with kind messages on them and donate them, while they nominate another group. The receiving group would bake another 100 and pass the challenge off to the next group while donating the cookies away.For each group that would participate, Sweet Ambrosia will donate 50 cookies on the Red Cross day next April. 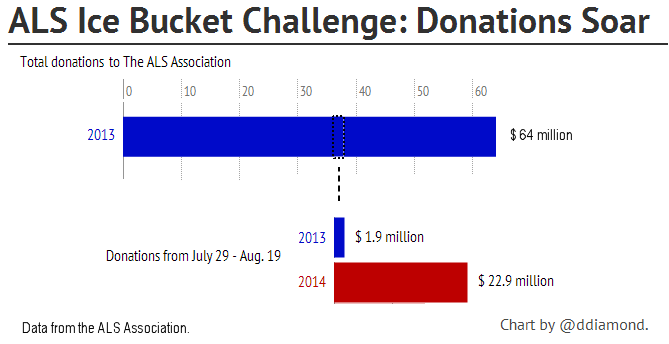 While we see the #IceBucketChallenge as a huge waste of clean water, a propaganda made by the celebrities to follow a trail or an agent of positive change, either way, nobody can deny the massive impact it has had. Once again, the success of the phenomena has outlined the immense power and potential of social media and how it can work absolute wonders if used the right way. Instead of exploiting people, giving people a reason or a cause to come forward seems to be a common theme for most of the successful executions and the #IceBucketChallenge was no different. if nothing else, the campaign has definitely restored some faith in humanity, and that good in the world still exists which is ready to help those in need.

What remains to be seen though is, can India contribute to the Ice Bucket Challenge in proportions that matches the world, or even if campaigns like #RiceBucketChallenge will be taken seriously enough to make them a global talking point? We will find out.

While Germany walked away with the FIFA World Cup 2014 trophy, the real laurels were won by the world of…

Round the Vines in 60 Seconds: 10 Vines Done by Brands on Digital that You Must Watch

With smartphones, wearables, tablets and personal computers evolving into providing us with extended immersive experiences, there is a flood of…