Judging a Twitter Contest by Juggling the Big Data Effectively

Twitter contests have become an intrinsic element in the complex compound to boost brand engagement today. Big or small alike, every brand looking for digital engagement is skewing or has skewed in the past towards a twitter contest. While some brands do it through their own handles, the rest pick a person with more than 3000 Twitter followers, commonly called the Twel-eb or Twitter Celeb to do it on their behalf. The major aim of these contests is to flood the twitter timelines of users so that brand awareness is achieved without burning a hole in your advertising budget. Usually a grand prize followed by some goodies or vouchers are on offer during these contests and if done right with the correct visual attractions and influencers, Twitter contests generally end up finding a space in the trending column which calls for a pat on the back of the digital marketing team.

Why the need for evaluation?

However, there are a few observations we made while conducting some of these contests which is why we decided to write this post on judging twitter contests effectively:

Post observing all of the points above, we went to our drawing board to design a mechanism on how to judge a Twitter contest which involves simple question and answer format, the most popular way of doing this, by far. We deviced a set of rules for ourselves and list the parameters, which we would judge the contest on and set it as a goalpost within which we shall play. Our focus at all times was quality engagement and interaction rather than just encouraging those who spam the brand for the sake of numbers. While we were devising our set of rules, we kept the following in mind:

The Drill to select a deserving winner

After a bit of brainstorming with our team and experimenting with a couple of contests, we wrote the rules the down, and this is what we did. 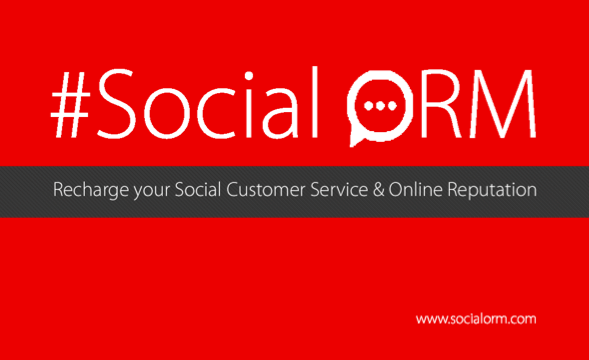 2) Once the contest was over, we extracted the Social ORM report and the data obviously only contained the tweets that contained the used hashtag.

3) We offset the time, so that only those tweets, which were within the stipulated time of contest, are considered. 4) We ran a duplicity test in the tweet field, and any user found making the same tweet more than thrice was immediately red listed as a spammer. We obviously removed the brand tweets too. 5) After doing this, we converted the whole data to a pivot table. This table had the twitter contest’s user name in the rows while the columns contained, the total number of tweets made, total number of followers, total numbers of people following, Klout score (calculated from klout.com as an influence parameter).

7) Using this comprehensive data we got a unique score for every contestant. Since the score takes all the important parameters into account and is a good balance between those who tweeted a lot and those who tweeted less but have a higher reach.

We arranged the score in the descending order and the winners were declared fair and square.

After you have declared the winners and dust of excitement has settled, it is imperative to judge your own team and evaluate the contest. Obviously there is the qualitative versus the quantitative way of looking at things. While the former is subjective and often variable based on the sentiment analysis tool you use, the latter is absolute. Hence we prefer the quantitative approach.  There are two metrics to judge the performance quantitatively:

Judging the contest by the growth of Hashtag:

This is a relatively simple exercise and can be done by counting the ratio between the tweets made by the brand versus the mention of the hashtag within the stipulated hours of the contest. The larger the ratio is, the better the contest has been executed. For example, if the brand made 5 tweets with the hashtag #ThisPost and received a mention with 50 entries with #ThisPost, the ratio would read 5:50 or 1:10. A wide ratio indicates a successfully run contest. Whether the hashtag trended or not, is another indication of the overall success of the content.

Judging the contest with an absolute number:

The other way of judging the performance is by evaluating a real number and using that as a matrix or a benchmark to judge your future contest. Again there are a couple of ways of doing this:

1: Evaluating the value of one participant:

To do this is pretty straight forward: Value of 1 engagement= Value of the giveaway+ Value of the hours of the team involved in planning and executing the contest divided by the total number of unique participants. The value should be low for a good contest.

2: Evaluating the absolute number of the contest:

A unitless contest scale could be designed to evaluate your performance. To do this, simply follow the formula: Contest Number= (No. of impressions generated/ 1 Million)+ (Followers gained+ Total tweets received)/1000. You will arrive at a solid number that becomes the evaluating line for your future contests. By using this method, you simplify things and take into account the quality of engagement too by bringing in the factor of impressions.

As a complete digital consulting firm, we have been the faces behind several successful twitter contests in the past and, we feel we have the right nous and the experience of using the platform to place down markers. Also, since the methods above encompass each and every important sub variable, which contributes towards a higher brand engagement and presence, we feel our methods work down the till for us. Obviously, there are other markers that work and you may well have one that is just as unique.

However, the major objective of writing down the post was to argue the importance of having a structure or a clear mechanism when declaring Twitter winners, as well as having a reference line to judge your own performance and how exactly did the contest perform as an activity.

Do let us know what your mechanism is whole judging contests on Social Media platforms such as Twitter. You can reach us via E-Mail or our Social Media Networks.

>>To know about great Marketing Tools for SMB’s.

Today, the ubiquity of digital marketing is such that no marketer can overlook it. Especially the small and medium businesses…