July has been a month of celebrations at #ARM Worldwide. Not only did we have our first excursion and offsite meeting, it was a month of reflections and refueling our engines with determination to outperform our best in the year gone by. We hosted a mini World Cup predictor League in the office too in the celebration of  FIFA World Cup which was won by Manasvi Sharma, who guessed Germany, Netherlands and Argentina to finish among the top three teams. Obviously other than the names of the teams, Manasvi barely knew anything more but we do applaud her guessing skills. She will now walk home with a football jersey of her choice, and a bright million watt smile.

In this month of grand celebrations, we did not leave our work behind. And that is exactly why we are here on the Friday to deliver the most important events in the world of digital marketing. As always, we will keep the description short and will add in the relevant links for you to pursue the story wherever the need be. 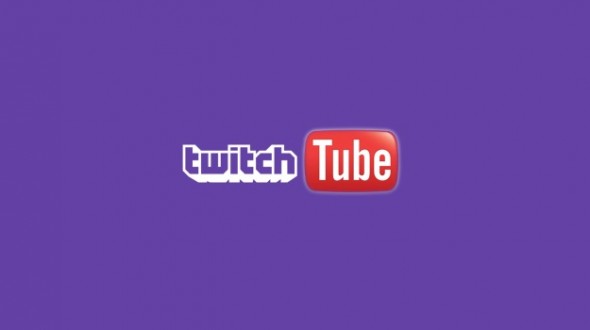 It has been doing the rounds for a while that Google is interested in acquiring Twitch, a gaming streaming service. This would enable Google to jump into the gaming broadcasting vertical which is now gradually beginning to pick up. According to several sources, the acquisition has gone through for about $1 billion although neither Google nor Twitch have commented on it. This deal is rumored to have been completed by the Youtube Team at Google which would without a doubt make Youtube the largest hub of video digital content. Read more about the acquisition here. Facebook has a lot to thank the mobile revolution for saving its grace during the Q2 results which were announced a couple of days ago. Facebook announced an earning of $2.910 billion in Q2 of 2014, a 61% rise from the said quarter in 2013. The advertising revenue was posted to be at $2.67 billion. Some excellent figures worth noting about Facebook as posted by eMarketer are below: In an interesting report by Newzoo and Applift, it has been revealed that the mobile gaming market is expected to double by 2017. The report says that mobile gaming is the fastest growing segment in the gaming market posting a CAGR of 19%. Tablets are expected to dominate smartphones when it comes to mobile gaming with a CAGR of 28.2% reaching almost $12.8 billion as compared to 15.2% growth by 2017 in smartphone gaming. Latin America has seen the highest growth rate in the switch from year 2013 to 2014 with a rise of almost 60%. It is without a doubt a great time to jump into the mobile gaming space.

#JewsAndArabsRefuseToBeEnemies is the big viral campaign of the season With the quick access to Social Media and its ability to drive messages viral in critical times, it is no wonder that the tensions between Israel and Palestine have been spoken of at length on platforms like Twitter and Facebook. While both you and I have an opinion on it, a couple of University students from America have taken it in their hands to share a message of love and compassion. Following the leads of Abraham Gutman, a 21 year old Jew and Dania Darwish, a 23 year old Muslim, several have taken to the hashtag and to the social media platform of their choice to post images of couples, friends etc declaring that there is enough love in the world to overcome the hatred and spite of the few.

The Convergence Imperative: Why Search Requires Social Media & PR To Be Successful from Elasticity

If you want to be a top notch name in the digital space, you can no more afford to look at one leg of the beauty without observing the other. Social Media, PR, Advertising and Search for long parts have been been seen as four important legs of Digital Marketing. However, with the lines blurring more and more everyday, you must adhere to all four equally to stand a chance to stand in the whirlwind market. An interesting theory of convergence has been put forth by Elasticity to clearly outline why you cannot isolate and insulate one from the other. We love Twitter for its quick responses as well as witty characteristics. Twitter is a great place for a laugh or sharing information, in short a great place for engagement. However, just like any other medium or platform, there are a few things that work on Twitter while the rest may or may not. This is why it is a must that if you are aiming for high engagement via Twitter you get the basics of tweet composition right. Above is an interesting infographic that talks about how to structure your tweet just right so that it receives the attention that it craves and deserves.

With that we come to the conclusion of our weekly roundup, we wish you a great weekend ahead and promise to come back next week.

The revolution of multiple displays is well and truly underway unlike few experts had predicted. Most of us thought that…