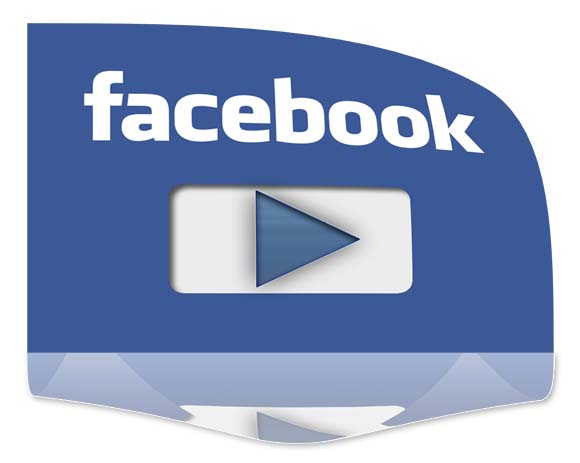 As we enter the second half of the year 2014 already, it is crazy how time has flown by in a blink of an eye. July of 2014 is a very special month for all of us at #ARM Worldwide as we celebrate turning one in our this voyage of touching every shore possible in the vast world of digital consultancy. What began as just three guys sitting in a cafe over a casual latte discussing the entrepreneurial scene in India has full grown into a team of almost 25 digital, creative and tech enthusiastic minds with several success stories already etched.

As we turn one, we know we still are toddlers but with big ambitions. Like a famous gentleman at Apple said, ‘Because those who are crazy enough to think they can change the world, are the ones who do’. And in order to change the world, its imperative to know what’s happening in your world currently and that is what we do in our weekly presentation of the important happenings in the world of digital marketing. We promise to keep the description of the stories short and provide a link wherever necessary for you to read full details.

Facebook has updated its news feed algo in an attempt to better understand the users and what kind of video content they prefer. If you are an active Facebook user, you would have noticed more and more video popping up on your News Feed especially if you clicked on the play button on similar videos. And in case you do not like videos, Facebook will now take that into consideration and you will not see them as often. While so far, likes and comments were the linchpins for indicating the popularity of video, this new algorithm takes into account intrinsic details like length of the video you watched and content of the video to serve better curated content. No marks for guessing, all this is being done to set up base for the eventual roll out of video ads in Facebook News Feed. Apple’s acquisition of Beats Audio continues to make more sense as the days go by, with US recording an increase of at least 50% in the on demand music streaming segment. According to the latest Neilsen report, albums download fell by almost 11% in the first six months of 2014 in the US. This news is certainly of great significance for those who are looking for new avenues to market their products and services as most of the streaming services are ad supported. Ad revenues from streaming services are expected to grow like a whirlwind in the coming days. With music industry really struggling with the loss in the download numbers, there would be no other way to compensate other than opening more and more ad based revenue models within the popular streaming services.

Sheryl Sandberg Apologises as she admits Facebook conducted emotional experiments on over 700,000 users Facebook conducted an experiment on over 700,000 users earlier this year by injecting negative content in their News Feed. The goal was to see how negative content affects the mood of the users and whether users would get upset enough to make the content more negative with vile comments. This in turn gave the advertising partners of Facebook a real time case study on how they could tailor the ad contents to make the experience more engaging. The Chief Operating Officer of Facebook, Sheryl Sandberg, who is on a visit to India, publicly apologised and confirmed that such experiments were conducted. She did state though, all of this was in quest to provide better experience and such tests are fairly common and would continue to be conducted.

Samsung pokes fun at the iPhone in its latest Ad. Again.

Samsung has taken a dig at the battery life of iPhones in its latest ad. It has become bit of a routine for the Korean giants to take jabs at the Cupertino based company. Apple was surprisingly vocal about the criticism of Android in its latest keynote during WWDC, though it refrained from pointing fingers at anyone in particular. Anyone with an ounce of interest in the tech sphere knows that Apple and Samsung are not best of buddies, but such ads are plain classless and perhaps does more harm to Samsung than Apple. 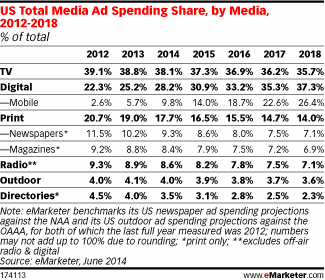 The world is on mobile, and it is no surprise that mobile ad spending is more than ever. However, so far the spending on mobile based ads has been behind the more traditional advertising platforms such as print, radio and television. Some of the perks in the digital media spends as predicted by eMarketer for the USA are shown in the chart above. According to the research, by the year 2018, digital media will account for 37% of the total ad revenue spent higher than both, print and television. You know there is plenty of action happening over at Facebook, when three of our six stories so far is around them. Anyway, Facebook tested a new ad unit in India which is in the form of a missed call. Missed calls are fairly popular in a growing economy in India where voice and data rates are fairly high. As a result, people leave a missed call in order to relay a message to the contact. The way this works is, if a customer clicks on a missed call ad unit in his feed, a missed call is sent over to the advertiser, who can then communicate some message alongside a brand pitch to the customer free of charge. More on the subject can be found on Facebook’s Official Blog.

Since, this month is all about celebrations given we have turned 1 what better video to share than something relevant to starting a dream. The video share of the week today, is one of our personal favorites. It is a video of Guy Kawasaki talking about the art of start and what you must keep in mind or do when you embark on a new journey. Do give it a watch, it’s definitely worth your 40 minutes:

With that, we come to the end of the roundup for the first week of July. We wish you a fine weekend and promise to be back covering the next week, on the 11th.

Given the crazy schedules of the FIFA World Cup and the excitement that the tournament is pouring at every turn,…

As the FIFA World Cup 2014 reaches its ominous climax, this weekend chatter is going to revolve around 22 men…