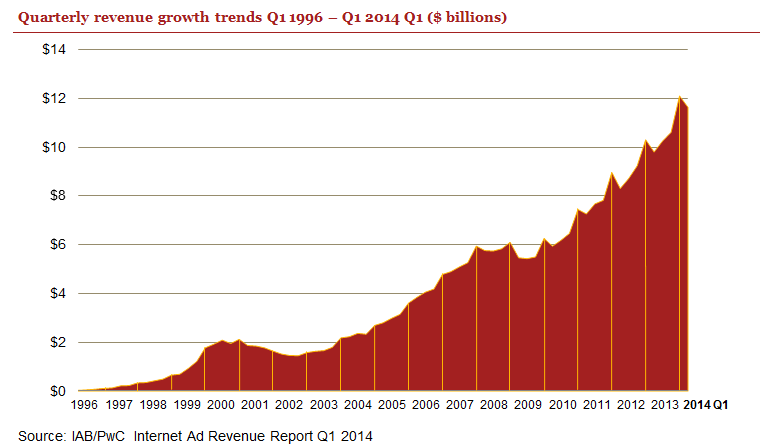 One of the several good things about the digital world is that even a week down the line, you can expect things to have progressed, improved and gotten better. And while we attempt to keep track of all these changes and developments that break in our weekly presentation on this blog, often we find ourselves running a marathon to do it. Such is the pace at which the space is evolving.

In the gone by week, we saw the biggest carnival of football, the FIFA World Cup 2014 kick off in Brazil. Given the massive following of football, it was no surprise to see some amazing campaigns set up on digital platform to soak and enjoy this buzz. In addition to the World Cup, there was plenty of action in the digital space. Let’s round them up for you, and as always, we promise to keep short and will link you to a relevant page if there is more to a story that you should read: In the week gone by Facebook has confirmed that it will be using your browsing data to curate ads visibility in your feed. This comes as a news because Facebook has always denied using your browser history till now. In a report on Venturebeat, Facebook admitted that it would be using the data to target the ads of it’s partners better. You may be wondering how Facebook will get the browsing data since they obviously cannot capture it themselves. It looks like Facebook has partnered with specific websites, most likely as an additional term and condition point at the places where the like button is used, to capture your browsing record for a better targeted ad campaign.

Appsflyer, which is a mobile user acquisition company has reached a whopping figure of almost 2 billion installs per year. As a result of this tremendous growth, they have announced a new agency product, which has been long overdue. With more than 450 ad partners such as Chartboost, Opera, Facebook etc on board, the agency product was one of the most requested feature. Using the tool, the agencies will be able to launch and monitor mobile campaigns to increase the non organic installs for their clients. In-built tracking, will also give the agency a good idea of which channel, be it social, search etc is performing the best.

Some of the features of the product include: 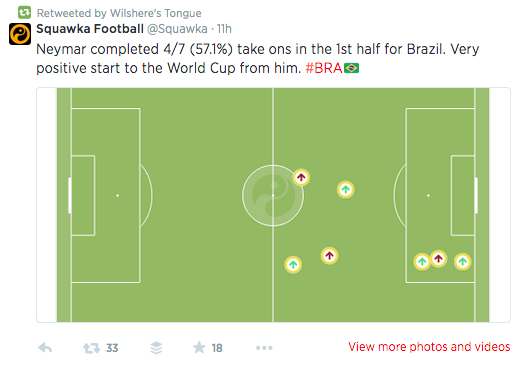 As the world cup fever rises, Twitter has added some very nifty few features. In the web version, you will see on the right pane of your twitter window live scores as well as schedule of the matches as per your local time. And if that was not enough, you can tweet with a hashtag, followed by the three letter abbreviation of the country you support and the web version will automatically add the national flag of the country accompanying the hashtag. This was extremely popular during the World Cup 2014, and with twitter more popular than ever, be prepared to see loads of hashflags in your feed.

Project @Everyword comes to an end

One of the most followed accounts on twitter, @Everyword ran its race to the chequered flag in the week gone by. The @Everyword account was set up back in 2007 by a professor from NYU. The account has since then tweeted every single word in the english dictionary at a gap of 30 minutes. The account reached the letter ‘Z’ at the start of the month and finally finished its task on 7th. The account has over 101K followers and given that it has tweeted 109K times, that gives you a bit of an idea about the total number of words in the oxford dictionary too! 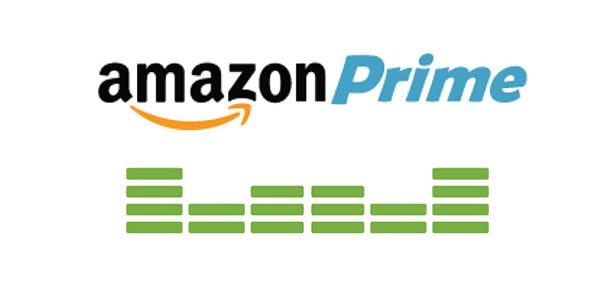 After months of speculation that Amazon is betting big in the digital music content offering space, Amazon made the Amazon Prime Music live this week. It joins a host of music streaming services such as Spotify, Beats, iTunes Radio, Google Play Music etc as an option for those who want to stream premium music. There are over 90,000 albums for you to stream using the service and will be included in the $100 annual premium membership. We wonder how much of this move has to do with Apple acquiring Beats?

In yet another benchmark set, internet ad revenue rose to almost 12 billion USD in Q1 for the year 2014, according to the Internet Advertising Bureau and PwC report. This is almost a rise of $2 Billion YoY from the Q1 in 2013 giving a clear indication that we are more than ever addicted to our screens. Randall Rothenberg, IAB’s president and CEO said of the stat: “Interactive advertising is seeing remarkable gains. Digital screens are a critical part of the marketing mix and these landmark figures speak to that irrefutable fact.”

Edgerank is a bit of a black-box buried deep into the analytics of Facebook. It is basically the score that determines which facebook update would be pushed  to which user’s feed. As an advertiser, Edgerank has become a critical parameter as Facebook has been pushing the organic reach of brand posts down to avoid clutter into the News Feed. Edgerank Checker provides marketers a deep sense of insight into news feeds, in order to optimize engagement. Boasting a customer base of more than 700, Edgerank checker was acquired this week by Social Baker, a Prague based Social Media Analytics company. Edgerank checker was one of the first companies to make use of the Facebook Insight real time APIs when they were released back in 2012. You can check the tool out here.

Every week, we share with you an interesting infographic to give a sense of numbers that float in the digital space. However, this week, we wanted to do something different. There are fewer better getaways for a weekend, than a peaceful corner in the house with a good book. So, if you are planning to read a good book this weekend, here is what some of the famous people have on their bookshelves. So, why don’t you pick a good book this weekend and let us know in the section below, which one was it?

With that we end the roundup for this week, enjoy the World Cup and do not forget to pick one of the books above and get reading. It may be old fashioned, but books are friends and teachers forever.

Given the crazy schedules of the FIFA World Cup and the excitement that the tournament is pouring at every turn,…