Hello, mid September! It has been a week of highlights for social media. We saw how the world stood for Ahmed, a 14 years old from Texas, and then the outrage from online media on Apple’s strike on (Google’s) advertising on the internet. Read the full stories below, for what was up This Week In Digital. 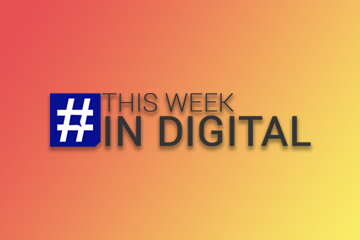 Social Media stands with Ahmed arrested over a “home-made clock”

In this century, where nation desire more youth to contribute to technology, there are some who are restricting young guns to show their talent and creativity. Recently a 14-year-old Muslim student made news when he got detained after creating a clock, which his teacher mistook as a bomb to his Texas High School. This arrest in return has provoked outrage with thousands and millions who busted their anger at authorities by starting a rally using the hashtag #IStandWithAhmed. According to a report, this campaign has raised huge voices by marking 500,000 mentions on Twitter so far, from all his supporters who respect his skills.

Cool clock, Ahmed. Want to bring it to the White House? We should inspire more kids like you to like science. It's what makes America great.

All social networking sites have rolled out, to welcome Ahmed Mohamed, especially President Obama and Mark Zuckerberg who gave an open invitation to the boy.

“There are no rules in Fashion but one: Recycle your clothes”, this has been created as the new buzz in fashion industries. The launch of new 90- second anthem spot, “Close the Loop” of H&M, retail company depicts the clothes in their best comfort zone. It is one of the most richly diverse ads though this is not the first time the company has come up with this idea.

Earlier, in 2013 also it has taken an initiative which resulted in the recycling of 260 billion pounds clothes (according to the brand). The latest commercial is crafted by an ad agency Forsman & Bodenfors, a Swedish fashion company, with an idea to bring more consumers to set the trend of recycling their clothes.

I completely accept @gruber's points about web experience and ads, but Apple's move here is about knifing Google's revenue platform.

With Apple’s release of iOS 9, the internet saw an outburst of concern. This concern is for the pre-set Ad Blocker inside Apple’s Safari browser on iOS 9, which will block ads without any 3rd party plugin. While publishers are worrying for the upcoming hit of their revenue from advertising, others are more concerned about the how this will add to the “user habit” of using an ad blocker on both, mobile and desktop.

We have entered September and now it is time to wrap up a week. The highlight of this week has…

We are bidding bye to the last weekend of September. It has been quite an amazing week at ARM Worldwide,…