What Drives Recommendations on Social Media, Introduction of Topic Data by Facebook and a new Samsung Ad: This Week in Digital - #ARM Worldwide

What Drives Recommendations on Social Media, Introduction of Topic Data by Facebook and a new Samsung Ad: This Week in Digital 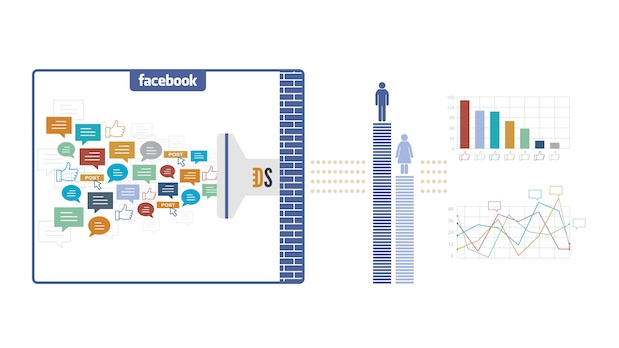 It has been a frantic week, every way you look at it. Most of us are still hung over the festivities, while the sports followers have seen a series of upsetting results, be in cricket with England being knocked out of the World Cup and Chelsea being embarrassed out of the Champions League while United were dumped out of the FA cup by one of their own. For those not suffering from either of the two situations, we are sure work has kept you occupied and you are slyly smiling that finally the weekend is here knocking and knocking hard.

But before we go down that tunnel of the weekend, on the other side of which lies yet another Monday, here is everything that you should know from the world of digital that made headlines. Like we have said in all our round up posts, we will keep the stories as short as possible and will append a link where you can find more on the story if it interests you. Let’s play. Data has always been of massive interest to the marketers in order to target a relevant audience with content that would move them. Therefore, it is imperative that they know how the audience is currently reacting to a particular topic so that they can channelize their communication in a manner that would yield the best ROI. To facilitate this, Facebook has introduced Topic Data which is a tool to let marketers know what their audience is talking about given “events, brands, subjects, and activities”. Facebook claims that the data is available in larger sample size than any of the third party apps, allowing for a better trend understanding and that Topic Data would be rolling out to select DataSift partners in the US and UK for now with further expansion in phases. Read more on Topic data here.

Should you buy the #goldenwatch? Here’s a handy shopping guide. #ZenWatch. pic.twitter.com/goI8fycMEy

It is not new for a competing brand to be taking digs at a brand when they come out with something big. Pebble and several others took turns to mock Apple when the much hyped Apple Watch was announced in an event in San Francisco recently. But the one that really stood out was Asus who came up with a creative that labeled anyone planning to buy the watch, “Out of your mind” asking people to be logical and pick up the Asus Watch instead. The simple artwork was shared across the social profiles of Asus and the team was lauded for coming up with it.

Tributes Pour in on Social Media as Terry Pratchett passes away

There hardly would be a 13-year-old soul on the planet who was not touched by the works of Sir Terry Pratchett. The celebrated author of the Discworld series passed away yesterday succumbing to the Alzheimer’s at the age of 66. The death was announced on his Twitter profile, very much in the style of Discworld series where death talks in capitals. Here are some of the best tributes paid to the author.

I can’t imagine a 13-year-old alive who wouldn’t be changed a bit, for the better, by reading Terry Pratchett.

“It’s not worth doing something unless someone, somewhere, would much rather you weren’t doing it.” RIP the brilliant Terry Pratchett. — Ricky Gervais (@rickygervais) March 12, 2015

I have to think that Douglas Adams is welcoming Terry Pratchett into the great beyond.

“Do you not know that a man is not dead while his name is still spoken?” – #TerryPratchett (1948-2015) pic.twitter.com/DUQubOwFNv

Reddit AMAs have been in the spotlight for the past couple of years or so. Celebrities like Barrack Obama, Bill Gates, MKBHD, Anurag Kashyap etc have gone on to face the Reddit audience in a unique question and answer session which AMA or Ask Me Anything is. Yesterday, Deepinder Goyal, the founder of Zomato, took on an AMA and it went horribly wrong proving that unless you are well prepared, taking an AMA will prove to be a disaster. The disaster was measured in down likes as the entire thread received a comment score of -300. Some of the answers worth mentioning are:

Q: Regular Zomato user – its a pain to read long reviews on mobile – any new design/tech upcoming to solve this ?

Deepinder: Yeah, we will give you a button which will auto scroll the long reviews

Q: How much money (investment+ money required for day to day activities ) you had when you started the company?

Q: Hi DP, How does Zomato decide which country it will next move to? Till about 3 years back, it was just in India and now it’s in so many. What is the thinking that went behind the aggressive expansion strategy?

You can catch the entire AMA right here.

This new Ad by Samsung will leave you speechless

Samsung Turkey has announced a new website for its hearing-impaired customers which would connect them to a video call center to resolve their issues. In order to announce the move, the Korean company came up with a brilliant video linked above, where we follow Muharrem, a hearing-impaired person, through his morning routine and how he is surprised by those in his neighborhood who communicate with him in sign language just the way he does. The video ends with the protagonist walking to a large screen with a lady singing to him, “A world without barriers is our dream as well.”

[Infographic] The science behind trust, recommendation and sharing on Social Media

We have all been down the road where we have simply picked up a product or a service simply because a friend of ours had good things to say about the brand on Social Media or posted a positive review. It is no coincidence that shareability has become a key reporting entity when it comes to defining any campaign on digital media. MarketingProfs put 24,000 connected consumers to test, in order to find out what drove them when recommending or reading a recommendation on Social media. Here are the findings in an infographic:

With that, we come to the end of the digital roundup for the week ending on March 13th. We will be back next Friday for the roundup, in the mean time make sure you are following us across our social media profiles, cause we just may have something very interesting coming up for you on the topic of media buying and planning in the coming week.

The #DearMe Campaign, Jet Airways’ initiative to Inform your Flight Status on Twitter and Adwords App Officially Available on Android: This Week in Digital

It's a long weekend coming up, and a happy one, as the colors of festivities are set to paint every…

For the past six or seven months, we have taken it upon ourselves to bring to you everything that was…