How Social Media has risen in Rural India, Auto Playable Twitter Videos, Introduction to Newswire and an update to Facebook Ad Manager: Digital Roundup of the Week - #ARM Worldwide It’s that time of the week once again, where we are winding the clock down after yet another productive week at the office. While our Bombay colleagues continue to enjoy the rains, the Delhi office is still struggling with the scorching heat, the underline being that everyone is glad the weekend is here to unwind and come back in for the run towards the finish line for the month. But before we settle down on our drinking tables or go take that long overdue 15-hour nap, it is time to run through everything that happened which was news-worthy in the digital space.

Just like every week, we will keep the stories really brief and append links where we feel there is more information for you to garner. Let’s go on the tour around everything that has been breaking in the world of Digital Media and Marketing.

Videos have always been the sure shot engagement medium and more and more brands are using it to push their brand message home. Every major brand today has a Youtube channel as well as their Facebook profiles to upload videos to. However, what if you want to send the message across in say 5-6 seconds? This is where Twitter has hit the ball out of the park by introducing auto-playing videos right within your timeline. The videos will play on mute when you scroll through the timeline, though you can tap on the video to enable audio and play the video in full screen. Gifs and Vines were auto playable so far, though can go ahead and turn off Auto Play feature from Twitter in case you are sensitive about the data being consumed on the cellular network. 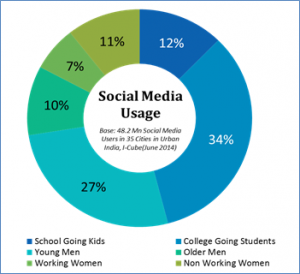 Thanks to the popularity of Periscope and Meerkat, live streaming has become a red hot tactic for social media marketers. Wendy’s is just putting a Youtube twist on the concept that has garnered much buzz. To promote summertime drinks on its menu, the Dublin, Ohio-based brands team has built a promotion leveraging the webcam technology and a microsite. They have roped in popular Youtube duo Rhett & Link to chat with their fans in real time. The fans will come to the microsite and answer questions asked by the duo about their favorite food, colours and music. They will queue up on the virtual chat and Rhett & Link in the meanwhile will be churning out live songs and skits based on the people’s answers. Once the video chat ends, the users will get an email with the link to share on the social media.
The digital-only video campaign underscores how online personalities have become celebrities with the millennial and Gen Z generations. As a content creation exercise, this campaign holds a lot of merit. Will it be a success? We will have to see.

We have all seen news channels and papers call out for the readers to send across eye-witness videos in case we see anything news worthy. With everyone sporting a smartphone, this has become very easy and while everyone is uploading videos, there is always that question of authenticity of the video. Keeping the problem statement in the head, Youtube has initiated a new platform called Newswire, which is basically a collation of every relevant eye witness video, regionally and internationally for your interest. The channel is powered by Storyful and you can subscribe to their wire too directly from the Youtube channel. Buzzfeed is launching a mobile news app that focusses on supplying the users with quick, digestible bits of information to contextualize the top stories of the hour. The buzzfeed news app rolled out yesterday to iOS devices and an android version will launch this fall. The new app features a list of top stories from the hour along with news snippets pulled from buzzfeed and other sources around the web. What comes as a refreshing news is the fact that each story is accompanied by an image and a short paragraph explaining the news. Interesting to see how news consumption for the user is becoming simpler and digital day by day!

Facebook has announced a critical update to its Ad Manage and Power Editor. These two tools are the backbone of Facebook Ads and are widely used by advertisers/agencies to run their ad campaigns on Facebook. With this update, Facebook has aimed to provide an improved experience for advertisers to manage and overview their campaigns a lot easily than before. This update is designed to serve measurable objectives when buying, optimizing and analyzing campaigns on Facebook. The roll-out is currently limited to a closed group of advertisers and will be available for all in coming months. Cannes Lions is the annual event where everything creative is appraised. Considered the most prestigious award in the field of media creativity, the event is attended by 12,000 people from over 80 countries every year. This year, the mobile technology company Urban Airship, along with Intergalactic has announced Rosé Time, an app for Apple Watch. With Rosé Time, attendees can tap onto their Watches to get a glass of Rosé served to them at their location. This was done to establish the fact that technology has come a long way and mobile devices, especially the wearable category has endless possibility of actions – one of them is getting a glass of wine at the beachside.

With that, we come to the end of this week’s digital roundup. Make sure you are following us across our social media profiles for all the latest happenings. We wish you a grand weekend ahead, and hope to catch you with our next roundup coming Friday.

7 Sensational Time Lapse Posts to Take Your Breath Away

Time Lapse photography has always been the best way of recording slow changes. As a result, not only they are…

With 1/6th of the world's population on Facebook, it is eminently one of the great marketing platform available on digital. Thousands…