Ads on Wearables, A new Google Analytics competitor and a Step towards E-Com from Facebook- This week in Digital Space - #ARM Worldwide 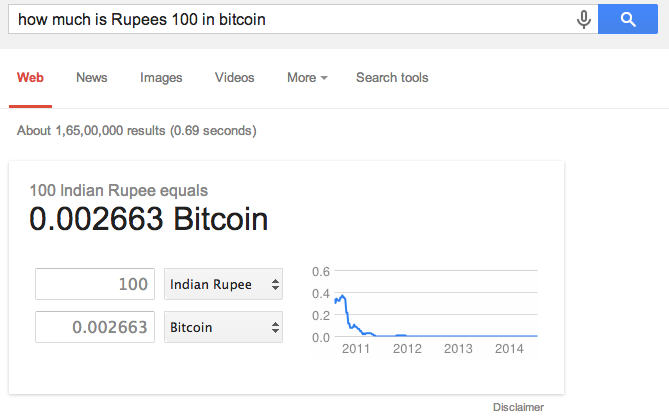 The revolution of multiple displays is well and truly underway unlike few experts had predicted. Most of us thought that everyone would be happy with a laptop and a mobile phone at most for a while. However, that has not been the case. We have in the past couple of years alone, seen peripherals, we had never maybe even imagined, the likes of a tablet, eye wear like Google Glass and a smartwatch come into play. Obviously, that means digital strategies today are just as much device or screen driven as they are platform driven. Which of the two is more important? We guess, time will tell.

We opened our this week’s roundup because there was a very interesting development in the wearable space this week. Other than that, here is what made the headlines in the world of digital:

Ads on Wearables are coming faster than you may have thought 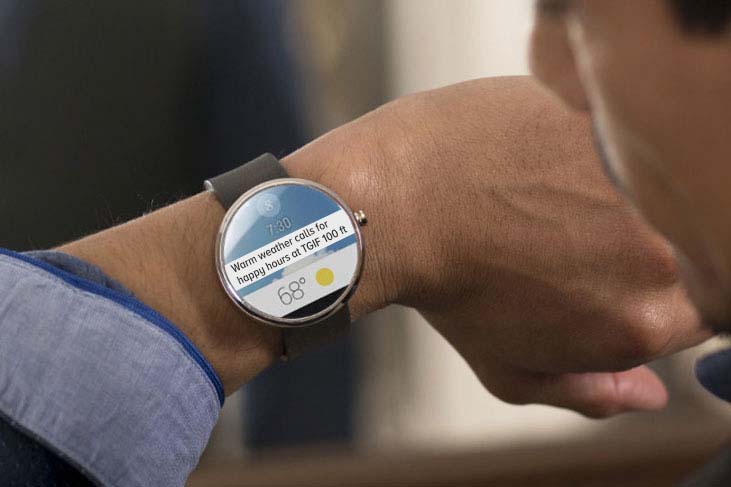 The first set of Android Wear in the form of LG G Watch and Samsung Gear Live went on sale in India ten days ago. While the category of devices has not seen the burning fiery traction that most had anticipated, you only have to be too blinded not to see that eventually these will take off. And given the ability to forecast, of marketers, ads on wearables are already coming. Tecsol Software, an Indian based company has announced that it is already working on the first ad engine for a wearable device. For the moment the plan is to only use light static images, though as the platform will evolve, more add-ons will be added. You can read more on the plan here. Sometimes you feel, the ultimate aim of Facebook is to take over the internet a bit like what Google has done. While the company is ruling the roost in the social media as well as ad serving space, there are several other verticals to be explored. One apparently, is E-Com. Facebook is toying and testing the ‘Buy’ button on its ads which basically would allow you to pick up physical goods without ever leaving the site. This would mean a higher engagement on ads for Facebook and is most likely to use your credit card information a bit like auto fill form, in case you have used the site in question to purchase a good. For example, in case you have purchased from Flipkart, you will see Flipkart ads on Facebook with a buy button for products with your credit card information already picked from Flipkart, given you gave the permission obviously. The likes of Twitter have already toyed with a similar idea in conjunction with Amazon in the past. This rumor is in sync with Facebook’s announcement of bringing new ads with a stronger CTA. Celebrities and influencers have millions and millions of followers. A grammatically incorrect ‘Hello’ from a celeb too would get anything over 10,000 retweets or likes, while the mere mortals bang their heads thinking where the world is going. But that rant is for another day. Facebook has announced a new application called Mentions. The application will be available only on iOS and in USA for now and only those with verified accounts can access it. What it basically does is, provide a simple UI for the celebrities to monitor their interactions and in return be more available to respond to comments- mostly positive. Starting a conversation too with a set of supporters is exceptionally easy using mentions. There are no plans for bringing the app to Android for now as it mainly seems to be a ploy to attract the big US stars from Twitter in the short term.

Bitcoins are the digital currency of the internet and is one of the most controversial topics in the world of Internet after Net Neutrality. While the community fights for the legalisation and global recognition of Bitcoin, Google certainly seems to think that they are a big enough deal. As a result, you can now directly convert your money in any currency to bitcoins by simply searching. We did a quick Rupee to Bitcoin conversion and it worked perfectly. Now, you can at least secretly convert all your bank balance to bitcoins. 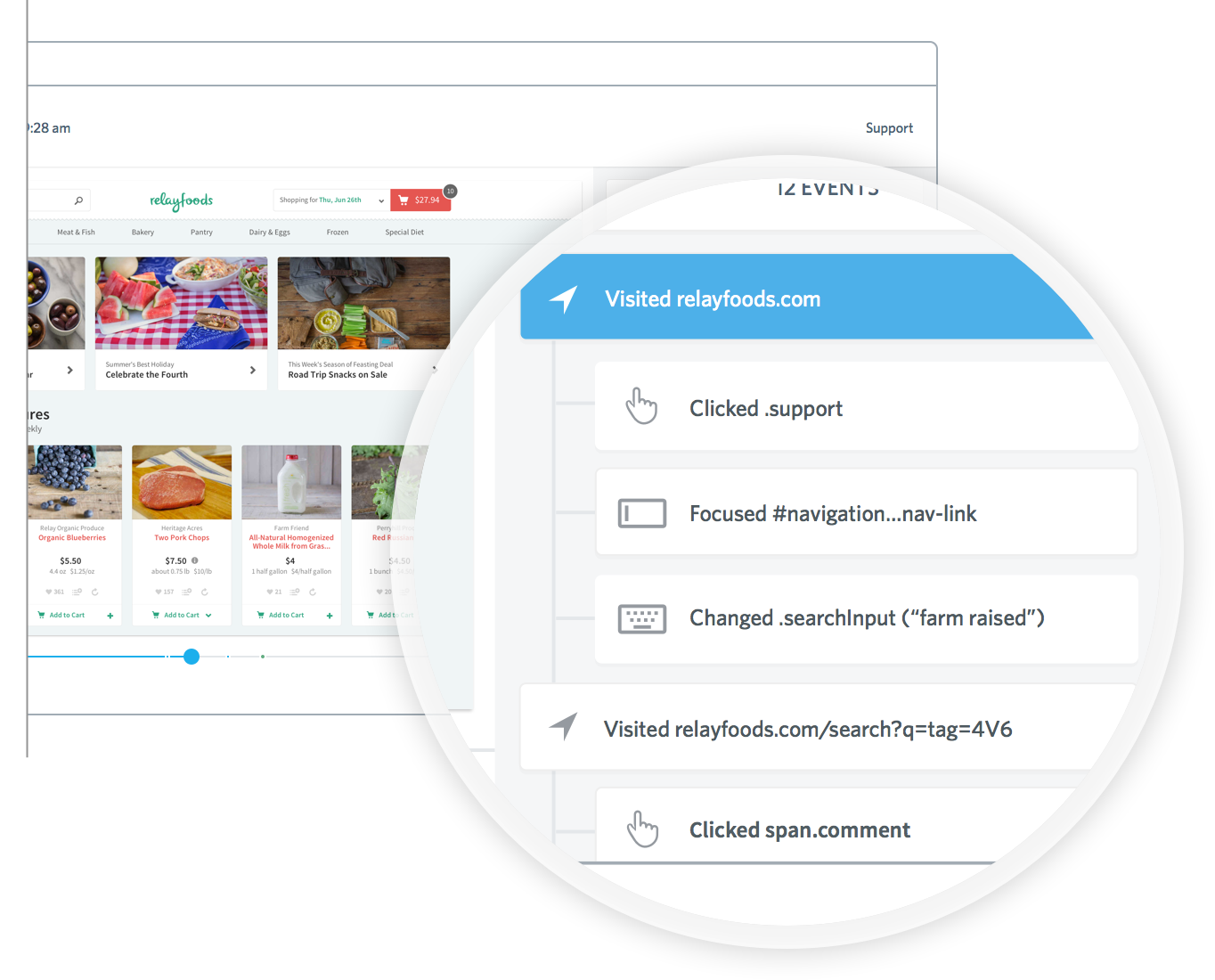 We all use Google analytics for an in depth look at the trend that the visitors on our site may be following. However, Google analytics is cumbersome and sometimes way too complicated when you want to achieve a very basic task like looking through the journey of each visitor on your site say, in one day. To help provide an alternate, Fullstory is a new tool in the town that is being built by the ex-Google employees to help you trace the visitor’s journey. The site uses a DOM and its mutation and basically gives you a live replay of how the site and the browser behaved at that time. This could be a really useful tool to have a live look at the UX of your site and give you the right directions of where to improve. More about Fullstory can be found here.

In today’s digital space, if you are looking to directly get in touch and engage your audience, nothing works like Social Media does. It is a free and a unique way of getting in touch with those who may care about you and thus brands are using these platforms more and more for an extensive marketing reach. However, the most important question that pops up when you are investing your time and money into a social media platform is its ability to pay you back or its ROI. Today’s infographic is all about ROI and which Social Media platform should you pick when ROI is the one captaining your jet.

With that, we come to the end of this week’s recap. We will be back next week and in the mean time, we hope you will have a wonderful weekend, cause we sure are going to. Keep an eye on our Social Media channels to know more on that.

As the FIFA World Cup 2014 reaches its ominous climax, this weekend chatter is going to revolve around 22 men…

July has been a month of celebrations at #ARM Worldwide. Not only did we have our first excursion and offsite…