How Citibank took charge of the celebration of festivities in the digital world, laying foundations to the stage where it could showcase and differentiate itself with mouth watering offers on its Credit Cards, against the clutter of competition in 2013.

Diwali is one festival, which brings everyone together irrespective of our differences. While every year we wish our loved ones Happy, Citibank wanted to take the game one notch higher, one level up by making the festival of Diwali not just Happy, but a Happier Diwali. To achieve the objective of a Happier Diwali, Citi reached it’s potential customers with a 360 degree engagement with heavy focus on Social Media integrated to On Ground celebrations of Diwali.

Since Diwali, traditionally is a festival associated with shopping, Citibank wanted to breakout from the clutter of competition and standout as the preferred Credit Card of the customers, by offering sweet deals. The objective was to position the brand on top of mind of the people and drive home a strong Word of Mouth with meticulous use of social media influencers.

The HappierDiwali campaign started on Sunday, October 27th 2013 and went all the way up to November 2nd, 2013, one day before the holy festival of Diwali.

The strategy was to ride on high pitch conversation amplified by Social media influencers and create a strong Word of Mouth and delightful experience stories to attract the targeted audience. Pinning #HappierDiwali in the current trending topic on twitter for an extended period over five days was a key component too a strong brand recognition and recollection.

The HappierDiwali campaign was born on October 27th, a Sunday in 2013. We went ahead with the hashtag #HappierDiwali as the primary hashtag for the activity and the aim was to use it in all the brand communication, plus magnify the same with the help of the influencers.

Aggregation of the HappierDiwali Moments:

A Micro site was designed which pulled the feeds automatically from the ten blogs where the giveaway was hosted, from all the Twitter mentions of #HappierDiwali as well as Vine and Youtube Videos. Not just this, all the Instagram entries too were bought at one place on the microsite making it one stop hub destination for all the #HappierDiwali Moments.

To build up the buzz, and to involve the target audience which was the A-Class audience based on Citi’s brand positioning, we chose ten of the premier tech blogs of India to come together in a unique giveaway, where 3 blogs gave away a brand new iPhone 5s while the other seven promised an iPad Mini to it’s readers. This was at a time when iPhone 5s was not released in India either officially so the giveaway promise generated a viral buzz. All the bloggers took to their personal social media to leverage more engagement with specially designed banners and personalized status messages.

While the activity on the blogs kept the buzz going, a parallel activity was run on Twitter where the followers of the @HappierDiwali account were encouraged to share their plans in the forms of tweets, images, creative vines etc on how they plan to make their Diwali a Happier Diwali. The members of the Social Verse were asked to share their Diwali moments from the past years or moments of preparation on Instagram with #HappierDiwali. Not just Twitter and Instagram, we used Vine as a platform to engage users and asked them to share their Diwali moments in the form of quick snappy 6 second interesting clips which were shared on twitter with #HappierDiwali.

Role of Influencers and On Ground Activity:

The USP of the campaign was a 360-degree model where the execution was not restricted to just Online activities. We took to three influential personalities of the social verse, Mr Harsh Aggarwal, Mr Himanshu Yadav and Mr Praval Singh and shot three feature videos thanks a unique partnership with Vijay Sales.

The theme of the videos was around how CitiBank, with their easy EMI options this Diwali is making shopping easier than ever; While you may walk in to purchase a Macbook Air, you walked out with a Macbook Pro and a huge smile on your face. Since Diwali is all about bringing smile on the faces of your loved ones, that sentiment was perfectly captured in the videos.

Owners of all the tech blogs where the giveaway was run also took to Vines to send a personalized message to their readers and encouraged them to participate. An activity on ground was conducted by Citi’s Offline partners which generated plenty of video snippets too with people wishing and telling their plans on how to make their loved one’s Diwali a HappierDiwali.

All these videos were shot and edited and uploaded to the Happier Diwali Youtube Channel.

The HappierDiwali campaign brought with it numbers that were unheard of. It was the first time in the blogging world of India where ten of the premier blogs were bought beneath one roof. Despite the competitive nature of the industry, the bloggers only were too glad to be a part of the unique campaign. The promise of the iPhone 5s much before the device was even released in India generated the buzz around the device that CitiBank wanted before pushing out their unique 10% Cashback offer on the iPhone 5s if you used a CitiBank Credit Card.

The campaign generated more than 28.7 Million Impressions, all organically. More than 51,000 moments were shared on the Microsite and over 8000 shares of the campaigns were observed on Social Media. We received over 25,000 tweets with #HappierDiwali. Just about 15 days into the campaign, more than .2 Million Views of the videos were received. The Instagram and Twitter Account together saw more than 2.145 fans. The contest trended every day for 5 days sporadically on Twitter. Rise & Advertise – What’s new in Digital Advertising? The world of advertising is constantly a 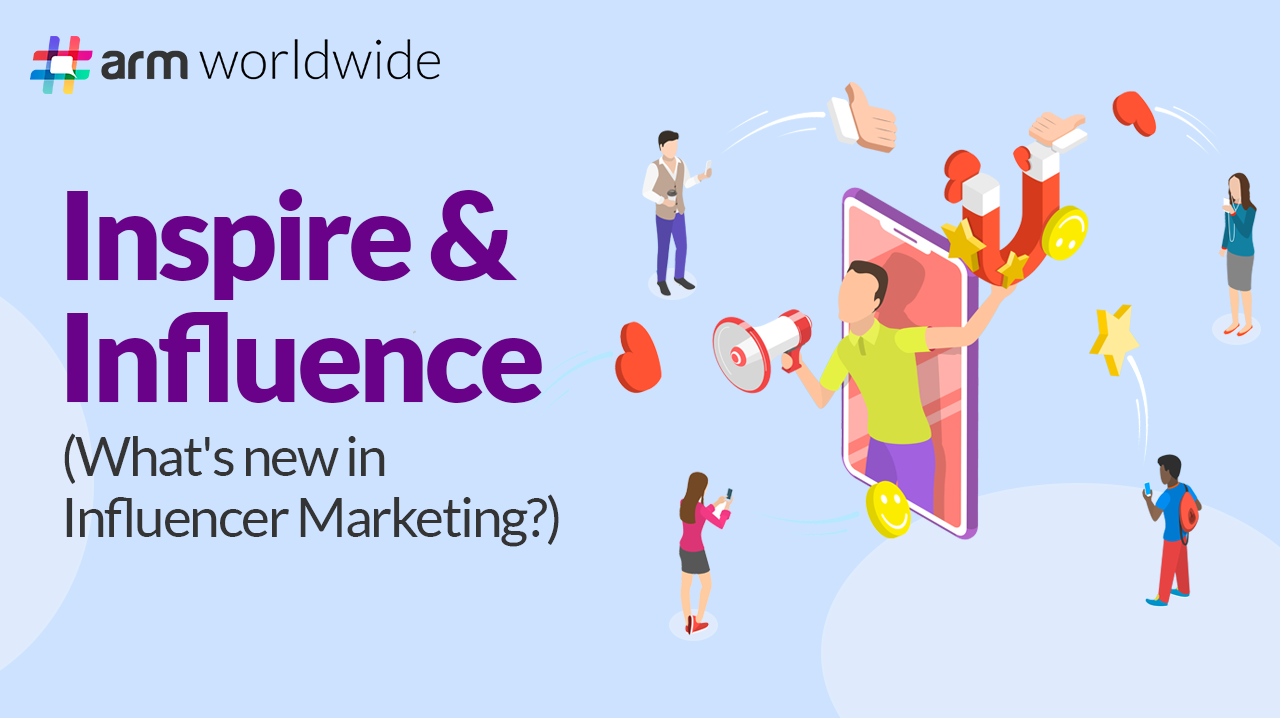 Inspire & Influence – What’s New in Influencer Marketing? The year 2021 will see many necessary an

Digital Marketing Trends of 2021 – Part III In 2021, businesses will have to move pa Digital Marketing Trends of 2021 – Part II Over the years, the digital marketing la Digital Marketing Trends of 2021 The Coronavirus pandemic has furthered d