This week, the usuals continued. Major companies in digital continued to ride the exec rollercoaster. We were not short of campaigns as well. Twitter also continued with its predictable flow and introduced a new video ad unit. In much detail, following is our pick for This Week in Digital.

It will come – not confirmed yet for the good or bad. Recent changes in Google’s exec game might affect the mechanics of how Google search works. Google’s head of search Amit Singhal announced his step-down from the position, followed his succession by John Giannandrea who was previously in the Artificial Intelligence and Deep Learning at the company.

In many possible ways, Google’s identity product will shift from algorithms to AI. AI will allow Google Search to understand the world wide web. This will break all the formulas exisiting today, hitting the current state of SEO harder. It might turn out otherwise as well, but either ways a crisis prep should be in exercise.  Hey, we have recovered our way out in the past!

Action Aid raises the question for Gender Equality through #ActEqual

The latest Digital Campaign by Action Aid India works towards human rights, and poverty defeat is named as #ActEqual. This movement takes an initiative to break the stereotyping of the society. The video talks about gender equality in its creative and unique way. To reach out to the male-dominated villages where women are suppressed to live freely and fulfil their dreams. Many movies have also been made that brought the real life situations of women in various locations of India.

#ActEqual has put up a series of films that depict men doing household work instead of women, who have the copyright to do those since their birth.  All the three videos in which men are either cooking or bringing water from the river or are sowing in field and women riding towards their dreams.

These videos are believed to create a buzz in the male-dominated society. Through this campaign, the organization is creating an awareness drive to generate funds to support the cause and also organizes workshops across the country.

This week, Fevicol was on the charts for their late, newest campaign, running both on digital and mainstream.  Consumer insight is their strength, and they communicate the message of the unbreakable bond with a video, running across platforms.

The video is titled ‘Govinda Ek, Dahi Handi Anek’ on YouTube, which went viral on social media. Banking on an important festival ‘Janmashtami’, the video is set up with full of emotions. Vibrant visuals capturing emotions of the ordinary man, which is their target audience as well is a perfect way to communicate any message. The video has received over 5,00,000+ view in two days.

Yahoo is Going to Reflect, Again

This week, during the third Mobile Developer Conference in San Francisco, Yahoo revealed many ups and downs in the mobile growth space. Showing concern for the future of mobile development Yahoo Chief Executive Marissa Mayer opened up with a talk about the company’s Flurry acquisition and a year of pause in 2016 for mobile growth. 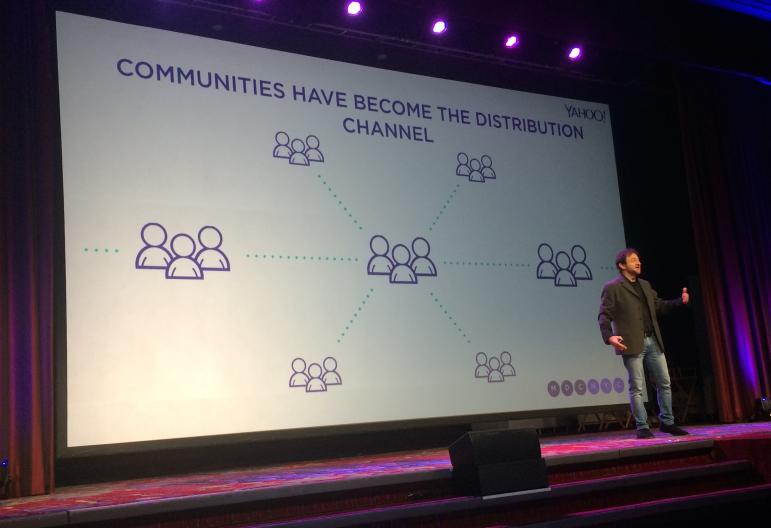 Mobile developers were warned about the slowdown in the mobile space. Confusion grew with this warning as a lot of growth has been seen in the mobile industry, and suddenly it’s pause will hamper. Speaking on the occasion Simon Khalaf, Yahoo’s senior vice president of publishing products said that with passing year’s smartphone sales are declining. He also shared Wall Street thought about this saturation and said “I’m calling it a year of pause and reflection — the end of mobile 1.0. In the next year, we’re going to see mobile 2.0, as the same with how Web 1.0 crashed and the movement of Web 2.0 a few years later.”

From  140-character limit to Autoplay video ads, Twitter has come a long way. A new ad unit was introduced by Twitter called First View.  It is a single video ad that will appear on the user’s timelines and will automatically play each time the app or website is opened. Advertisers can buy the slot for a 24-hour period. Rather than purchasing Promoted Tweets which get lost eventually, Brands now have a much vast playground to advertise as they will own the space for full 24 hours.

Adding an icing to the cake, Twitter will also allow you to send videos in your DMs. DMs are the direct messages that you can send or receive from the people using Twitter. The updates are available for IOS, Android, and Web versions.

Kylie Jenner is Keeping Up with Social Media for her LipKit

Be it the Kardashian or the Jenner, they always have a way to stay in the news (read social media). From hair styling tools to clothing brands to creating their apps, they have managed to gain a solid grip into market.  Lately, Kylie Jenner has taken over the social media by storm. This week, her#LipKitbyKylie topped among women on social media. Kylie Jenner is best known for appearing on the reality television series Keeping Up with the Kardashians. #LipKitbyKylie are matte liquid lipsticks launched under her label. Kylie has around 51.6 million Instagram followers and 14.3 million Twitter followers. Kylie made sure to create a hype about #LipKitbyKylie by posting pictures of the shades prior to the launch on her various social media accounts. There are over 50,000 photos already posted on Instagram, with girls tagging their purchases with hashtag #LipKitbyKylie. Credited to the social media following as crazy as that, #LipKitbyKylie sold out within 30 seconds of its launch.

Hulk vs Ant-Man in Coke Mini video, OK Go goes viral on Facebook and the defeat of Free Basics in India: This Week In Digital

It has been a happening week on Digital. There was an end brought to the epic battle between Free Basics…

Major announcements and launches were made this week in Digital at MWC 2016. To express more, Facebook went beyond their…