It is the second week of September and here we are with our weekly roundup. This week, there was a social media driven movement on Twitter to stop domestic violence in Australia. Following that, Instagram has started rolling out Ads on Instagram and Outlook magazine is coming up with their “Oscar for Social Media” awards. For details, following is what has been up This Week In Digital.

Social media being the perfect platform for raising voices is again going to be the witness for cases against women. Australians are being urged to take more actions and raise this campaign #StopTheViolence. The Breakfast news presenter Lisa Wilkinson calls for more action against the “scourge” of domestic violence.

As, one more name gets added to the list of women, who died due to domestic violence in Australia, makes it a total of 62 deaths in 2015. The Violence against women in this country has reached epidemic proportion. Till the lack of funding and the wait for moments of gracious needs by the government persists, it will happen again and again. Don’t know how many more women will die and will be in immediate danger to this domestic and sexual violence. The people there are pleading to the government to get rid of this crisis.

President Barack Obama’s latest social platform is Quora, Q&A platform, the most recent coordinated effort where he is responding to the questions related to Iran nuclear deal. This is not the first time he chose this platform, in fact, he has practically tried nearly every medium out there. The one and only message he wants to spread across the world is that the nuclear deal struck with Iran is a good one. The entire wording of the deal was put in such a way on the medium that the people could read about it themselves and annotate according to their personal understanding. This initiative is quite interesting, which can bring forward the real point of view and make the subject of the issue more interactive. 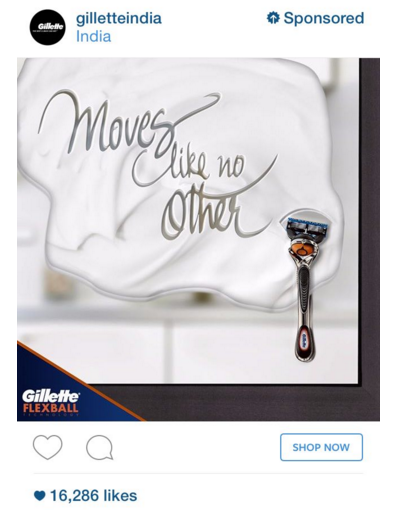 Recently Instagram opened up its overall advertising platforms for brands irrespective of their size. This feature was extended in more than 30 countries and is all set for a launch globally on Sep 30. The Facebook-owned photo- along with video-sharing network has some of the capabilities for making Instagram ad feature a success: One of the most vibrant magazine, The Outlook, has come out to announce the first of its kind award function, The Outlook Social Media Awards or OSM Awards ( -say OSuM, as in awesome). This announcement has set first imprints of any mainstream media organisation to reach out to those who make social media the most powerful platform. The awards are aimed to honour the stars of the social media world. The company has decided to have these awards every year.

In this digital world, Outlook wants to recognise and reward the most outspoken, outstanding and outliers of the social media world. The awards will be given to individuals, brands and corporations in their respective categories. The OSM awards, in partnership with Creatigies Communications, will be formally launched in New Delhi shortly. The launch event will see the nominees and the jury being announced.

With 1/6th of the world's population on Facebook, it is eminently one of the great marketing platform available on digital. Thousands…

A Beginner’s Guide to Display Advertising

Any promotional material used to promote and sell products or services is known as display advertising. You may find such…